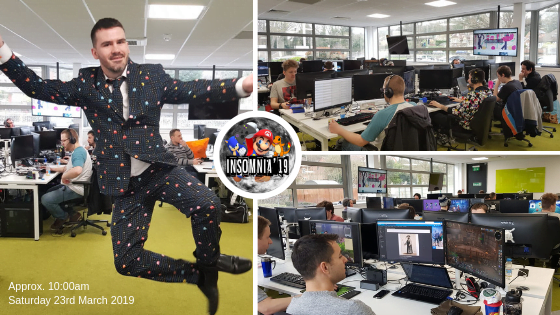 As our team of gamers assembled for their 10 O’clock start on Saturday morning, our host Warren dazzled everyone with the entrance of his aptly themed Pacman suit. Needless to say it went down a treat! As 9:59am came around, our positions were taken and the games commenced. 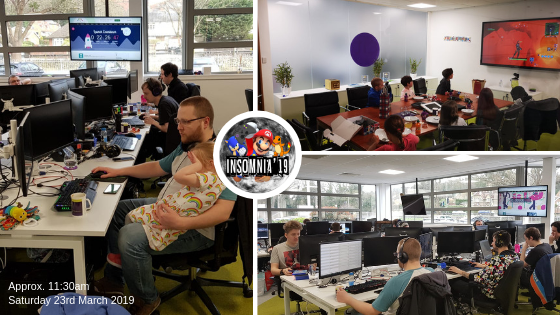 Throughout the day we were joined by our team of junior gamers who did a great job at keeping the team smiling and energy levels climbing. 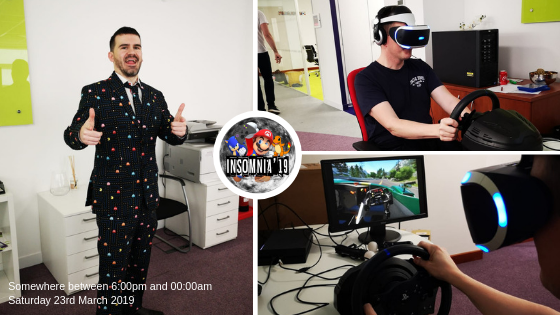 Fast forward 5 hours and we were starting to feel the 6 O’clock strain. Our team of mini gamers had now disassembled, and we were left with dry eyed, caffeine craving gamers. Competition time was needed! Our host got the VR racing simulator underway. The rules were simple – 1 car, 1 track and the fastest time. Our very own Dan Whitford took the crown for this one, edging it by just 0.2 seconds! 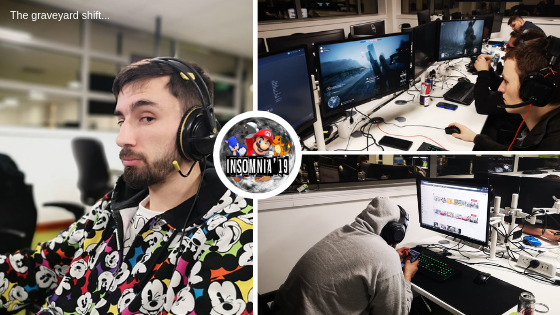 As we entered the all too familiar graveyard shift the going got tough, but the tough got going. Throughout the early hours we pushed on and held three more tournaments – congratulations to Ewan for taking the FIFA crown, Scott for winning the Tekken Tournament and to host Warren for winning not 1 BUT 2 competitions in the form of Super Mario and Tricky Towers. Although some speculation, many witnesses can attest that this was not a fix. 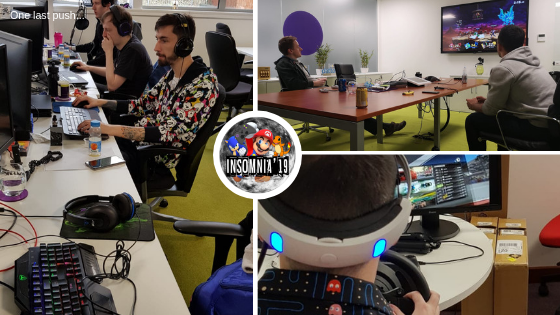 By 7:00am Sunday morning, the sun had arrived and the end was in sight. With a couple of gamers having to tap out earlier than planned we were left with the hardcore. Fuelled with an alien amount of coffee and food, the final push was on. The countdown hit the final seconds and the final gong was met with a huge sigh of relief.

As Warren eventually left the building at 11:30am, a shell of his former self, the total sits at £2,500. BUT…we are still climbing! If you want to congratulate the team on this valiant effort in aid of Hertfordshire Action on Disability please do sponsor them here.

Finally we would like to say a huge thank you to the CIT team along with their friends and family for participating in and supporting this event. This is a huge amount of money that will come as a great relief to HAD to help them to continue to deliver the amazing support they provide to the elderly and disabled. Here’s to Insomnia 2020!!