The Evolution of the Workplace 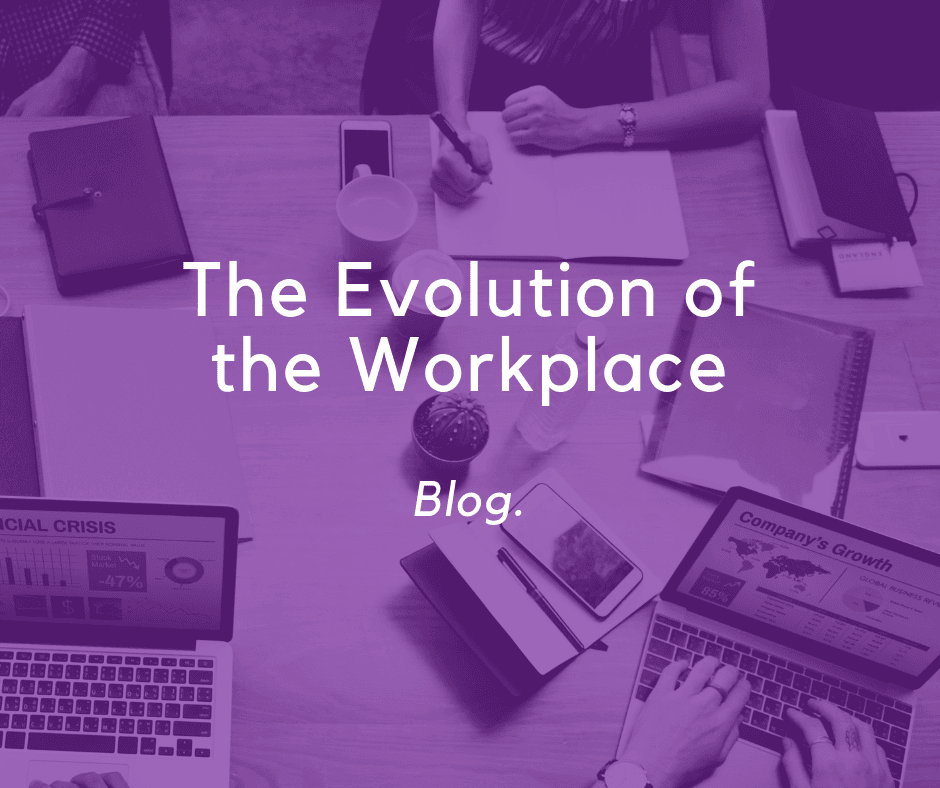 If any year in history has changed the way your average worker works, it is 2018. With the rise of cybercrime and the increase in flexible working, organisations are adopting a whole new approach to technology and your trusty computers. As it is drawing to the end of another cyber filled year, we thought we would look at the way new technologies have changed the workplace since the rise of the dot com era.

If you can think all the way back to the 90s, you may remember what your average computer looked like (if your office had the room to fit a couple of computers). Costing approximately £6000 on average, these hunks of plastic and metal had enough memory to store quite literally a couple of MP3 files at best, all while running on the trusty Windows 3 operating system.

That’s a bit of a difference when you look at the device you are reading this on now – if it’s on your smartphone then you may have anywhere from 16gb – 100s of gigabytes worth of data to be able to store as many MP3 files you wish (although most of us probably now use Spotify or Apple Music – imagine trying to explain that to someone in the 90s?). If you’re reading this in the office then have a look at your computer now – most of you have probably now moved away from chunky desktops to more nimble laptops that allow you to be flexible in your work and even take it out of the office. These workstations are over 2000 times more powerful than the computers in the early 90s.

Thinking back though it makes it a little easier to see why these devices were so revolutionary – back then the internet was still a brain child of Tim Berners-Lee yet to come to fruition, so office computers were very much viewed as a move away from the typewriter to increase the efficiency of data entry. But when the internet finally emerged, communication as we knew it changed forever.

If you found yourself in an office during the 90s you will most definitely have been using a fax machine. During this time, aside from the telephone (which was still on the whole attached to an actual plug in the wall) the fax machine was the main method of communication for businesses.

But for most of us now the idea of typing a document, to then print out, to then fax over to someone else seems alien when compared to the use of email. Back then though this was the only way, unless you wanted to wait a couple of days for the file to reach the receiver via post. This is a stark difference from the myriad of applications that we find in the office today – from Skype to Slack you can transfer multiple files within one platform in the click of a couple of buttons. How revolutionary! Not to mention the plethora of video based applications that allow us to have a ‘face to face’ meeting with someone thousands of miles away. It’s a good job that these apps weren’t around in the 90s though, can you imagine trying to store a 10,000 word report on 4mb drive?

Evolution of Document Storage and Management

Back in the 90s, storing large volumes of data meant transferring it over to the trusty floppy disk and wondering whether it was a myth that if you moved the metal clipping at the top it would wipe your data (did it?). Tapes also emerged in the 90s and were the equivalent of the floppy disk on steroids and probably just as reliable (or not).

Since the turn of the century we have seen the progression of onsite servers moving up in to the cloud, driven by organisations need to provide their teams with the option of remote working. After all what’s the point in having a laptop if you can’t access your important files away from the office? With the efficiency of staff beginning to increase through the use of technology, and the increase of cyber threats happening simultaneously, it was only a matter of time until our document storage and management practices began to evolve too.

During the 90s, file management most likely happened in a series of filing cabinets found at the back of the office. The job of filing the documents in order of importance or where they sit in the alphabet most likely came down to the office administrator, and likely cause many headaches and cups of tea.

When the idea of the cloud emerged in the early 2000s, the use of paper and filing cabinets dropped dramatically as organisations had now found more efficient ways of storing their important files electronically. Although at times it was thought businesses would make the move away from paper altogether, there are times when it seems to fit better than digital. As such we still see scanning machines present in pretty much every office, and is a technology that continues to develop. Who would have thought that one day you could scan a document using your phone?

With the age of the GDPR now very much a reality whether we like it or not, file storage and management should be at the forefront of your organisations priorities.

If you would like to discuss how SharePoint and Office 365 can benefit your business, please do get in touch with us today.